Top 5 Places to Visit in Mathura and Vrindavan 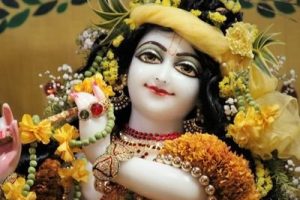 One of the most prominent Hindu Gods, Lord Krishna is associated with these places and as a result they are known for the temples of Shree Krishna. These places are usually seen as a place for pilgrims and of religious hymns and songs.

The temples and halls have a very surreal atmosphere decorated with various hues and fragrance of flowers. One can always hymn being chanted as the background music of these temples.

We have shortlisted the top 5 places in Mathura and Vrindavan you should not miss:

A Hindu temple, Prem Mandir is situated in Vrindavan. Prem Mandir is constructed entirely of Italian marble. It is dedicated to Radha- Krishna on the first level and Sita-Ram on the second.

According to Wikipedia, the schedule of the temple is as follows:

There are 48 panels enabling the visitors to have a look at pastimes of Radha- Krishna.

Janmasthan literally means “the place of birth”. Shree Krishna Janmasthan Temple is a temple complex of Hindu temples situated in Mallapura, Mathura. It is widely regarded as the place where Lord Krishna is born and hence is regarded as a highly sacred place by the followers of Hinduism and Lord Krishna.

One of the most famous and well-known temples of Lord Krishna is the Banke Bihari Temple situated in the sacred city of Vrindavan in the district of Mathura. Lord Krishna is worshipped here, while his statue stands tall in the tribhanga position. It was constructed in the year 1864. Explore the most beautiful cities nearby Delhi, the top 5 places to visit in Mathura and Vrindavan.

According to Sri Brahma-Samhita (verse 5.31), Lord Brahma says the following about Kṛṣṇa: “I worship Govinda, the primeval Lord, round whose neck is swinging a garland of flowers beautified with the moon-locket, whose two hands are adorned with the flute and jewelled ornaments, who always revels in pastimes of love, whose graceful threefold-bending form of Śyamasundara is eternally manifest.”

Inaugurated in 1977, the Sri Krishna-Balarama Mandir or ISKCON is one of the major ISKON temples in the world. It is also situated in Vrindavan. The temple is mainly dedicated to Krishna and Balarama, brothers, and incarnations of the ultimate deities Vishnu and Sheshnaga, respectively. There is a lot of importance given to cleanliness and decoration in this temple.

One of the most beautiful aspects of Mathura that it resonates with the secular spirit of India and doesn’t limit itself to just as a Hindu city. It has the famous Jama Masjid built by the Mughal emperor Aurangzeb in 1662. It was completed by Abd-un-Nabi, the governor of the company. The mosque’s facade has the ninety-nine names of Allah with Persian inscriptions on either side. Hope you well experienced in this blog, which gives you the top 5 places to visit in Mathura and Vrindavan.